[inOut] Issues of sustainable urban mobility around the world 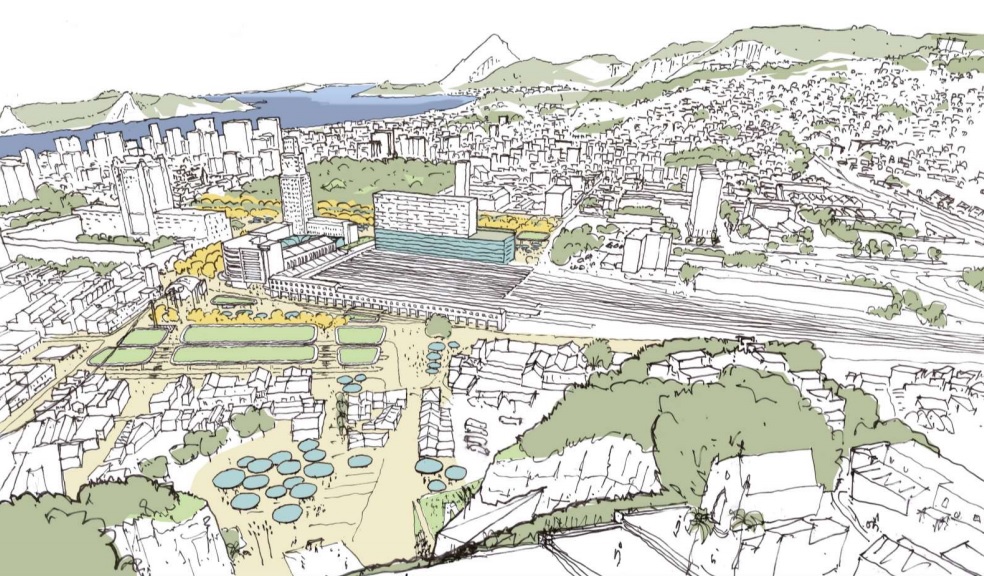 This year’s inOut was held from 28 to 31 March in Rennes, and it brought together professionals from the fields of digital technology and mobility from all over the globe to explore tomorrow’s transport solutions. We met with Marion Hoyez, Head of Projects at CODATU (Cooperation for the development of improvement of urban transport), who spoke on the topic of sustainable urban mobility in towns and cities throughout the developing world.
CODATU is an NGO which was set up nearly 40 years ago, and which will be celebrating that important anniversary next year, in Dakar. The acronym, which originally stood for “Conférence de Dakar pour les transports urbains” (Conference of Dakar for urban transport), has evolved and today stands for “Coopération pour le développement et l’amélioration des transports urbains” (Cooperation for the development and improvement of urban transport).
This is because, over the years, CODATU has broadened its reach. The association primarily organised international conferences on urban mobility. It then diversified to offer training aimed at professionals (engineers, town planners, etc.), again in the field of urban mobility. And since 2015, CODATU has also been involved in technical cooperation projects in close collaboration with local players. After projects in India, Egypt, Tunisia, Peru and Brazil, a sixth project was recently launched in Colombia.

Marion Hoyez, Head of Projects at CODATU, explains: “we are not a design office, we are involved in the software, in partnership with the AFD (French development agency)”. More specifically, the NGO provides expertise prior to the definition of the mobility strategies and urban travel plans (such as the addition of a new means of transport or tramline). CODATU also offers support to local players in relation to multimodal urban integration, in other words, to create optimal links for the various modes of transports, new and existing.
Lastly, the association is involved in the institutional integration of urban mobility, i.e. the creation of a single authority, in charge of regulation, and even financing. “The sector is currently very fragmented (the metro might be managed by the central government and the buses by the local authority), which makes it impossible to have a global vision for the territory as a whole”, says Marion Hoyez.

In 2017, CODATU signed a technical assistance agreement with the AFD and the States of Rio de Janeiro and São Paulo. The project is now reaching its conclusion, after a dozen or so participatory workshops, expertise projects and study trips to France by Brazilian delegations.
“Central Do Brasil station is undergoing fundamental changes: a tramline was recently brought into operation, a station located 200 metres from a regional bus terminal… but there has been no real reflection on the intermodality of these methods of transports. Furthermore, potential users are afraid to take the train or tram due to their proximity to one of the city’s favelas, so they continue to use their private cars”.
Significant redevelopment work is planned in and around the station to make it more attractive. Passenger information has been completely revamped with a focus on intermodality and accessibility. Among the solutions proposed: “the transport network has been fully mapped and these maps will be distributed to users. Passenger information panels, in particular a totem screen, and floor markings are planned to help users get around. These will provide information, for example, on the next tram as passengers exit their train”. Low tech meets high tech.
Since mid-January, a project centre has been set up at the station. “The aim of this centre is to present the project. We wanted to create a thoroughfare with electrical outlets and Wi-Fi. A suggestion box has been set up there so that users of these modes of transport can make suggestions for improvements”, states Marion Hoyez. “The station redevelopment project is yet to be realised, but the design phase has been approved. Our mission on the ground will come to an end in March, but we will continue to monitor developments”.

CODATU at inOut on 29 March

The Brazilian project was the basis of the workshop hosted by CODATU, in conjunction with the mobility group “La Fabrique des mobilités” and the mobility consultancy “Facilitateur de Mobilité”. “We want to make the link between this project and that of “La Fabrique de mobilités”: to promote open data and centres for exchange.” The objective is to facilitate access to this data and promote innovation, both for startups and for local authorities. “Digital technology is not a solution but rather a new way of working for local authorities, which involves assimilating these tools and rethinking their practices. Digital technology must meet local needs and must not be designed as a disconnected “turnkey” solution”, concludes Marion Hoyez.
The workshop in Rennes, co-hosted by Marion Hoyez, Gabriel Plassat and Julien De Labaca opened discussion on the constraints and obstacles encountered, but also on the issues and opportunities for people, innovative companies and local authorities.