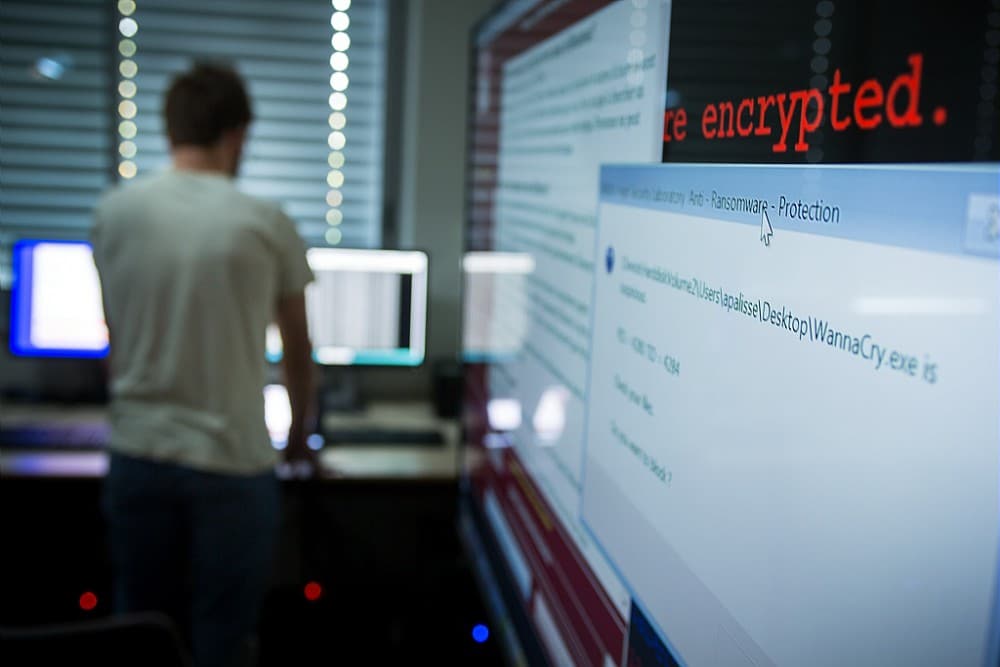 The second StartMeUp 2019 promo will soon bow out, giving way to the ten project leaders who participated in our acceleration programme, and are set to take off after being supported and trained over these last three months.
Jean-Louis Lanet is one of them. Director of the Inria top security lab in Rennes since 2014, he will soon be heading the startup SUD (for Start Up DaD). His specialty: combating cyberattack, especially ransomware. This malware infects computers and servers to encrypt the data stored on them. It then demands a ransom from the owners of that data to release it… in theory.

A tested and approved idea

In 2015, while working on his doctorate at Inria on ransomware, he had an idea: why not focus on the impact of the malware on the endangered data to minimise its impact, rather than on trying to break its code? Code-breaking is the conventional approach. A patent was filed, the DaD (Data Aware Defence) software was created, and has been in beta for more than three years.
« We don’t care about what code created it, » says Jean-Louis Lanet, « and our operating method still works, regardless of the code. » He says: « Of course we use artificial intelligence, and mathematical tools — Markov chains — that allow us to predict how a system will evolve. It’s totally new, it’s never been applied. »
So the project is ready but temporarily shelved. At the same time, the solution was presented at trade shows such as the FIC, and the feedback was encouraging. « We were looking to create a startup. This idea didn’t come to us naturally, as we had been used to promoting our work in a different way – notably through scientific journals. We wanted to move from a concept to an industrialisable product. » Which is where the participation of Jean-Louis Lanet at StartMeUp came in, impelled by Inria.

This will be the date of the official launch of DaD. And the market is vast, from majors to SMEs, and retail sales. Having said that: « The better we are technically, the less we know how to create our business or define our business model. »
Marketing strategy, legal… things that are now be familiar to Jean-Louis Lanet. « This acceleration programme has opened us to new horizons, new ways of thinking about our business. » He concludes: « We still have a lot of work to do in the months ahead, but we know what we have to do to get going. » See you in early 2020 to watch this promising startup take off!