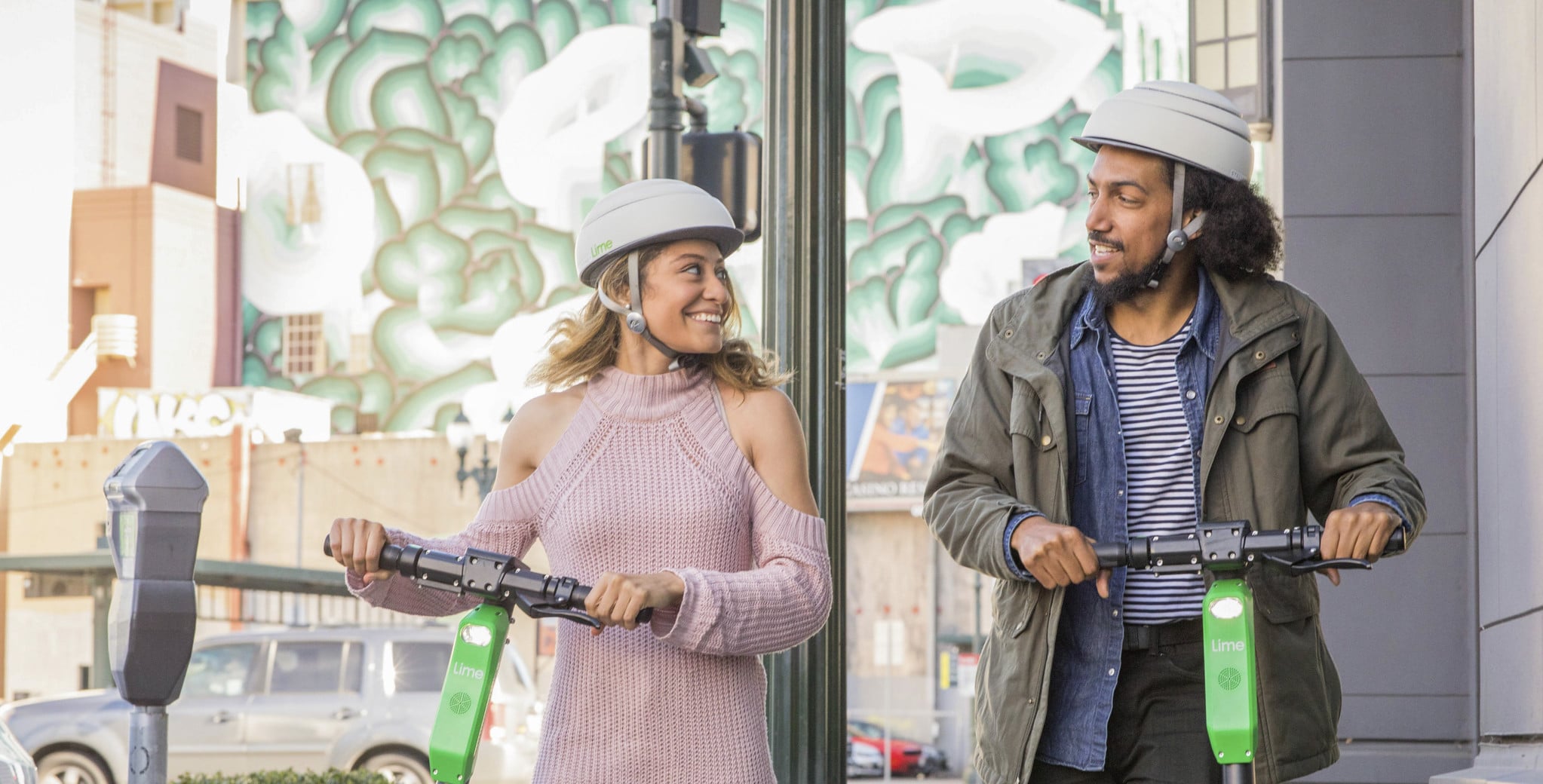 Free-floating has only recently landed in France, but this trend is already widespread in Asia and the United States. The start-up, Lime, set up in Paris 6 months ago with its electric scooter service and was at the InOut village on 30 and 31 of March.
So why scooters? Arthur-Louis Jacquier, Managing Director of Lime France explains: “they’re one of the most popular vehicles among users. Simple, environmentally-friendly and fun, they make enable users to move around easily, in particular in large cities where traffic is congested.”

Users at the heart of the process

The free-floating principle is simple: the scooters are not tied to a terminal or station, instead they are available throughout the city. When using the vehicle, the user scans a QR code via a mobile app, which unlocks the engine. It can then be left anywhere in the city. In the evening, the scooters are collected and recharged, then made available again the following morning at strategic locations. “We have turned this autonomy constraint to our advantage. It helps us limit undesirable or nuisance parking, while considerably reducing thefts and damage, which generally take place at night”, comments Arthur-Louis.
And the competition is tough: in Paris, seven operators offer a similar service. So what’s the secret? To concentrate on user comfort and “make travel fun again”. Lime designs its own scooters. “The third generation will soon be on the streets of Paris. They are enhanced to last longer, with a wider base and more effective GPS”, states Arthur-Louis. Six months after its arrival, 3.2 million users have travelled Paris on Lime scooters.

Free-floating is not limited to scooters: “we also offer electric cars and bikes on the same basis”. After just two years, the start-up is present in 120 cities in Europe, the United States and Latin America. And usage is more or less the same in the four corners of the globe: users opt for electric scooters for short distances, instead of public transport, or to cover the famous last mile. “The majority of journeys follow the normal rhythm of a city, linked to work during the week and recreation at the weekend”.
“Intermodality is central to our value proposition”, highlights Arthur-Louis. Lime works in partnership with public and private players to optimise and facilitate urban mobility. “We are working with SNCF Gares & Connexions, Franprix and Paris City Hall to identify zones dedicated to scooters, strategic locations.” All that is needed is some basic road markings to show users where to collect and drop off their vehicles. Lime has also won a bid for La Défense.
But intermodality does not stop there: “in some cities in America, we are integrated into Google Maps, which now shows our scooters in their journey planner, in the same way as cars and trains.”